Arenal Manoa Resort Hotel & Hot Springs is committed to mitigating the impact of our operations in the natural environment that surrounds us and which our guests come to relax and play in. We are part of the Sustainable Tourism Program, developed by the Costa Rican Tourism Board.

This rigorous set of standards which we are evaluated on yearly, include the reduction in consumption and waste of materials, water and energy, as well as proper disposal of materials, including recycling. We not only continuously train our staff, but we involve our local community in areas of education and environmental awareness. We are proud to provide jobs for the community, and not only employ locals, but also use regional providers whenever possible.

During your stay, you can assist by:

Ask our front desk about any community outreach activities you may be involved in, and as always, your comments and suggestions are always welcome

Arenal Manoa Hotel is a sustainable business in the hotel and services industry. The business located in San Carlos, Alajuela, aims at reaching productive management within sustainable, sociocultural, and economic guidelines. We know that by protecting the environment, as well as by providing customer satisfaction, we not only contribute to sustainable development but can also reach CST (Certification for Sustainable Tourism) standards to establish sustainability guidelines. In this way, we can define policies to help the company work in accordance with environmental, sociocultural, and quality principles.

As part of our commitment to environmental policy, we aim at achieving the following objectives:

Costa Rica has the privilege of preserving national parks and reserves that make up for an important part of its territory (13,000 square kilometers), and that protect our most valuable natural and historic heritage.

The country’s conservation areas encompass national parks or terrestrial and marine biological reserves that are comprehensively managed and that greatly benefit nearby communities.

Protected natural spaces are important to guard and protect natural diversity, avoid the excessive exploitation of natural resources, and capture 15% of the planet’s carbon dioxide emissions.

Protected areas have the following functions:

In December 1997, it was declared as Natural World Heritage by UNESCO; in May 1998, Wetland of International Importance (Ramsar Site); and in December 2022, Cultural Historic Site by the Costa Rican Ministry of Culture and Youth (MCJ by its acronym in Spanish).

Some of the institutions that are part of Costa Rica’s cultural heritage are the following:

Historically, music is the most developed artistic expression in San Carlos, where outstanding composers, musicians and singers have been born.

Regardless of where the Protected Wildlife Area is located, beach, forest, or mountain, take precautions so your visit is full of good memories:

Be a responsible tourist

By following the advice of experts, you will enjoy your visit and help to preserve the biodiversity of the country:

We are proud to be a part of the La Fortuna Electric Route!

The La Fortuna Electric Route is a support network pioneered by Arenal Manoa along with 14 other companies so that people who use electric vehicles can reach La Fortuna from different parts of the country, and can charge them at charging points located within the tourist infrastructure of the area.

The objective is to promote fossil free transportation thus supporting the national decarbonization plan. The property features 23 charging stations for electric vehicles, 120V, with sockets apt for outdoor and covered use, as per guidelines. Schedule for charge is 24/7 and is free of charge (pun not intended).

Take a Moment to
Explore our suites 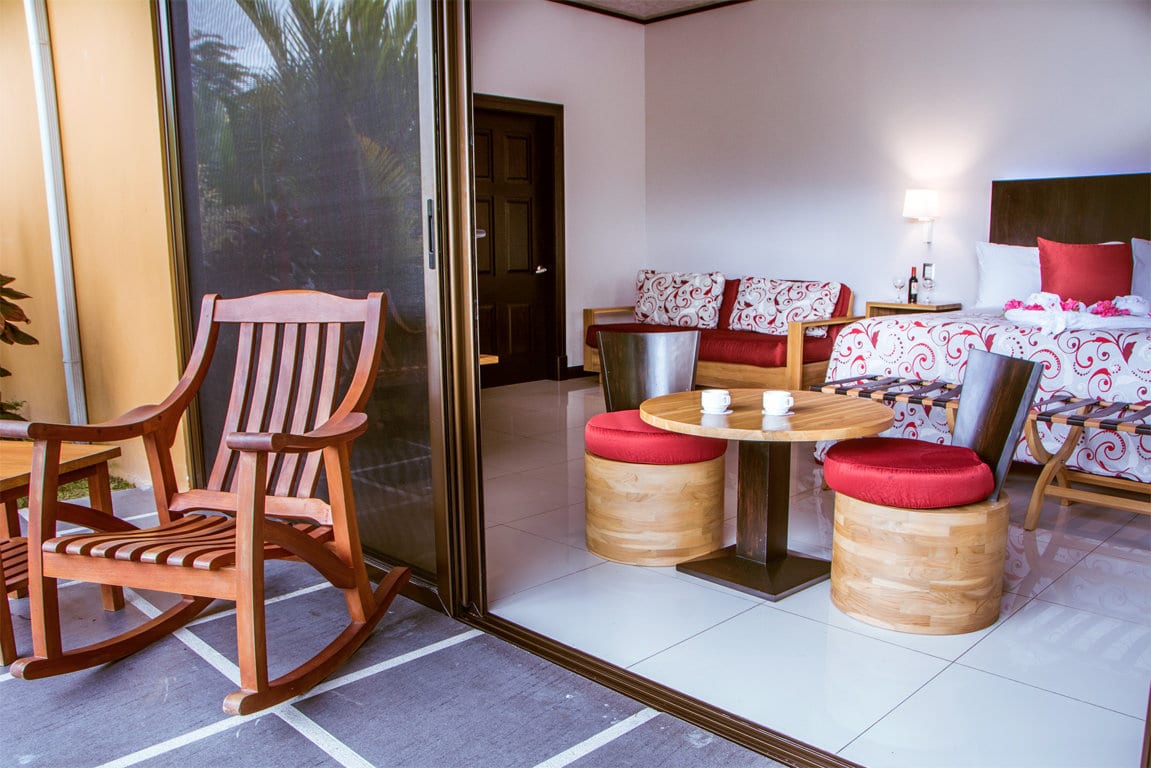 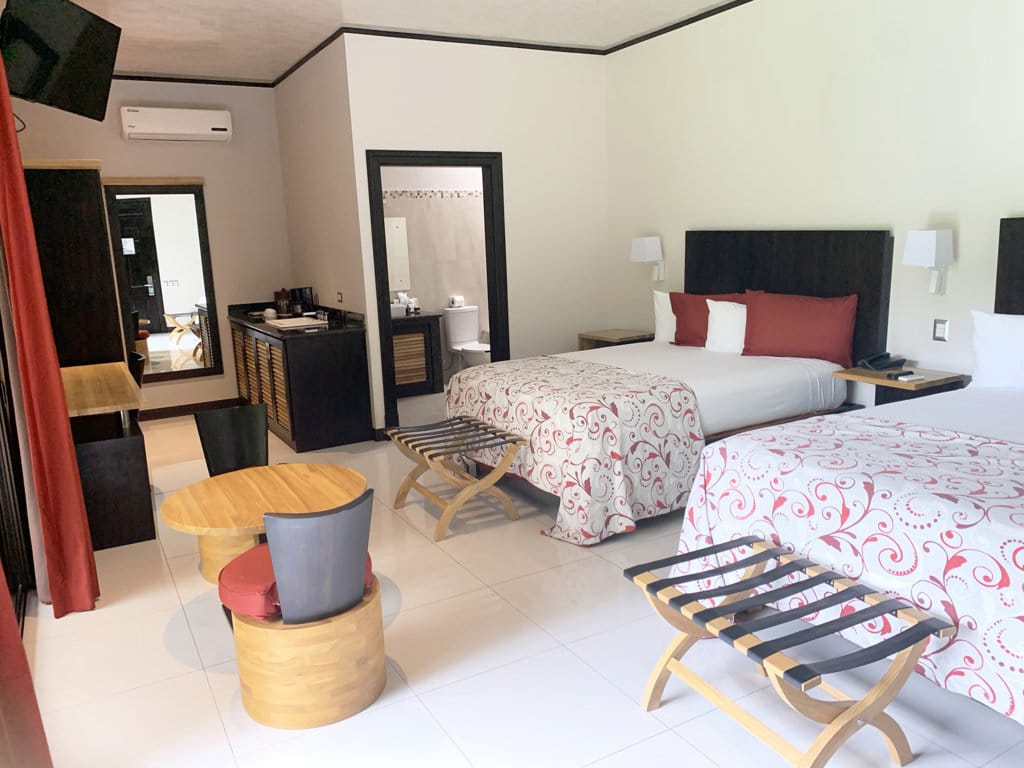 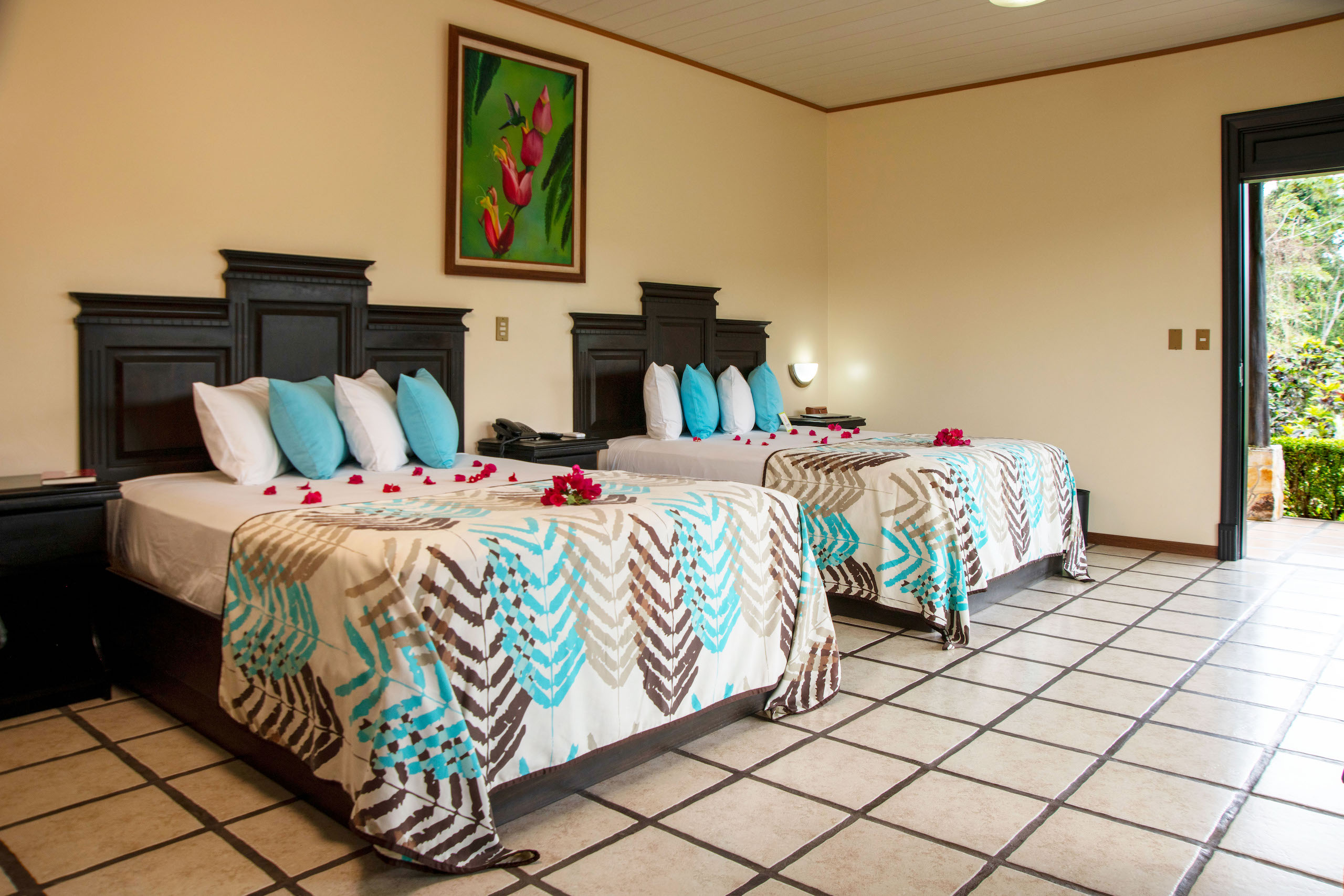 Junior Suites with volcano views
Book Directly For Our Best Rates
🍪 Nom Nom! We use cookies on our website to give you the most relevant experience by remembering your preferences and repeat visits. By clicking “Accept”, you consent to the use of ALL the cookies.
We DO NOT sell your information but you may still opt out by using the link Do not sell my personal information.
Cookie settingsACCEPT
Manage consent

This website uses cookies to improve your experience while you navigate through the website. Out of these cookies, the cookies that are categorized as necessary are stored on your browser as they are essential for the working of basic functionalities of the website. We also use third-party cookies that help us analyze and understand how you use this website. These cookies will be stored in your browser only with your consent. You also have the option to opt-out of these cookies. But opting out of some of these cookies may have an effect on your browsing experience.
Necessary Always Enabled
Necessary cookies are absolutely essential for the website to function properly. These cookies ensure basic functionalities and security features of the website, anonymously.
Functional
Functional cookies help to perform certain functionalities like sharing the content of the website on social media platforms, collect feedbacks, and other third-party features.
Performance
Performance cookies are used to understand and analyze the key performance indexes of the website which helps in delivering a better user experience for the visitors.
Analytics
Analytical cookies are used to understand how visitors interact with the website. These cookies help provide information on metrics the number of visitors, bounce rate, traffic source, etc.
Advertisement
Advertisement cookies are used to provide visitors with relevant ads and marketing campaigns. These cookies track visitors across websites and collect information to provide customized ads.
Others
Other uncategorized cookies are those that are being analyzed and have not been classified into a category as yet.
Save & Accept